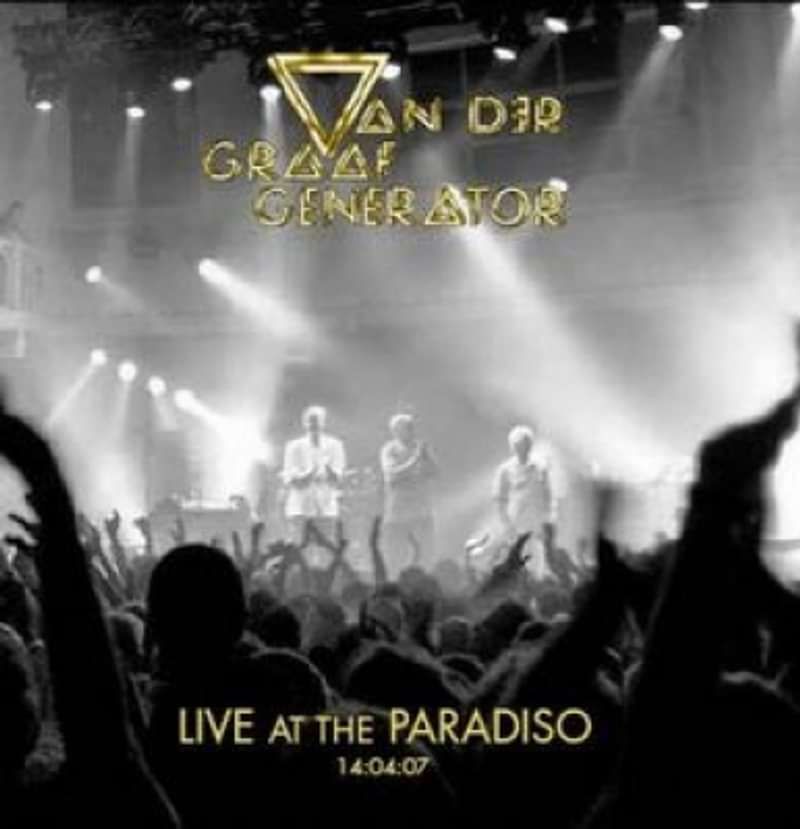 A live performance by Van Der Graaf Generator was filmed in Holland in 2007 for viewing via the internet. The performance at the Paradiso features the three-man line-up of Peter Hammill, Hugh Banton and Guy Evans. The companion DVD (HST028DVD) includes the complete performance and also a bonus interview filmed with Peter Hammill in April 2009. Van Der Graaf Generator was formed in the late sixties by Peter Hammill. The most celebrated line-up also featured Hugh Banton, Guy Evans and David Jackson. The band released a number of highly regarded albums during the seventies, including Pawn Hearts, H to He and a live album Vital before splitting in 1978. The band re-formed again in 2005 releasing the studio album Present, and they performed at a number of high profile concerts including the Royal Festival Hall in London.

Following a split with long time member David Jackson the band released a new studio album Trisector in 2008. This CD captures the live performance by Van Der Graaf Generator in Holland in 2007 and is lifted from the soundtrack of the DVD of the same name. The performance features the three-man line-up of Peter Hammill, Hugh Banton and Guy Evans performing amongst other tracks Lemmings, Gog, Scorched Earth Sleepwalkers and Man-Erg. Peter Hammill has also written the sleeve notes for this release. 'This double CD includes a VDGG gig at the full-packed Paradiso Club in Amsterdam, where tha band has played many legendary shows in the past as well. So this is from the first tour as a trio (Hugh Banton: organ, Guy Evans: drums, Peter Hammill: vocals, guitar, piano) and at this point they were in great shape after the nine previous gigs. This concert was originally shot and recorded for internet viewing. According to Hammill, the main emphasis was in looking forward, but the track material is a combination of old, new and rediscovered. Although I have all the band’s early vinyls in my collection I have not purchased any of the recent stuff so this CD was a pretty interesting journey into the band’s present state. The band plays very well and Hammill’s voice is as great as ever. The guys do a great job with the three of them although I would have liked to hear some saxophone as well. I do miss some of the early classics, but the set is in great balance in itself and varied enough including tracks:

'The going gets pretty wild when needed (especially during the end section of “Gog”) and both the band and the audience seem to enjoy the ride. The DVD also includes an interesting Peter Hammill interview as a bonus, and the man wrote sleeve notes for the CD booklet as well. Since also the technical execution of the both releases are top-notch (but no 5.1. mixes or widescreen), these items are of course must-haves for all the fans of the band.'