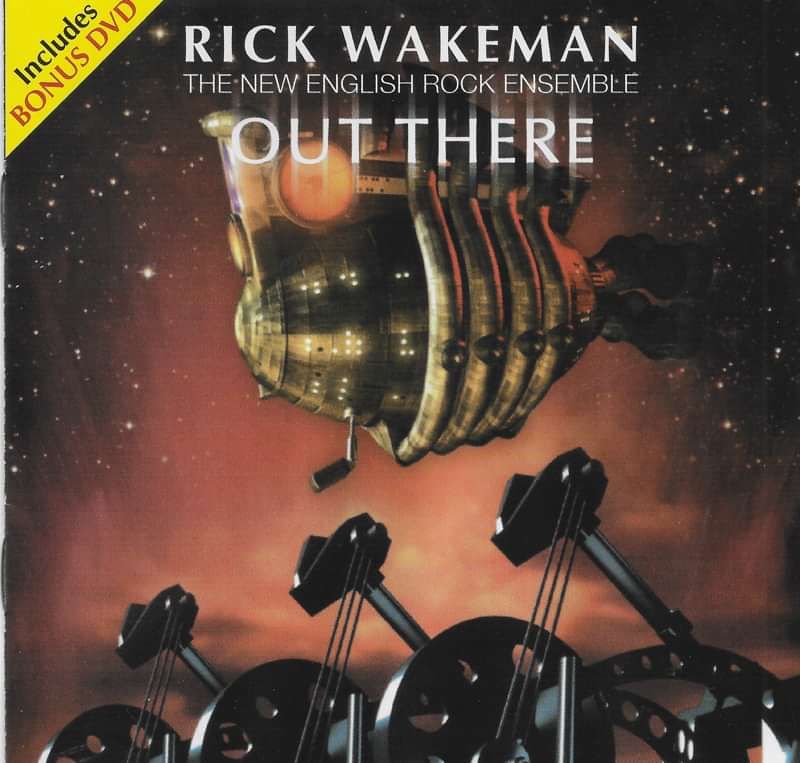 Rick Wakeman - Out There

Stephen Thomas Erlewine of AllMusic writes: "Rick Wakeman spent much of the '80s and '90s recording instrumental albums that veered toward either classical or ambient, so 2003's Out There comes as a bit of a shock: it's an honest to goodness revival of the full-throttle prog rock Wakeman pursued on his solo albums in the '70s. A large part of this is due to his decision to form a full-fledged supporting rock band. Called the New English Rock Ensemble, they're a quintet led by Wakeman and featuring Damian Wilson on vocals, Ant Glynne on guitar, Lee Pomeroy on bass, and Tony Fernandez on drums and percussion. They're a powerful and skilled outfit, able to follow Wakeman's shifting tempos and moods with dexterity without ever losing sight of their forceful rhythmic core, which keeps this rock, not new age. Wilson is a similarly versatile vocalist, as convincing on the surging "Out There" as he is on the contemplative "To Be with You." But the real key to the album's success is Wakeman, who not only reconnects with his classic '70s sound, but sounds reinvigorated as a composer here, as he explores the philosophical questions about where exactly does music come from and what does it mean. In theme and sound it is a bit of a throwback to his 1976 album No Earthly Connection, which Wakeman readily admits in his thorough liner notes, but this doesn't sound like a self-conscious revival, nor does it sound as if it were preserved in amber. It may sound like classic Wakeman on the surface, but it is fresh in spirit, which makes Out There the Rick Wakeman album to get for fans who got off the train in the late '70s and wanted the keyboardist to return to rock."