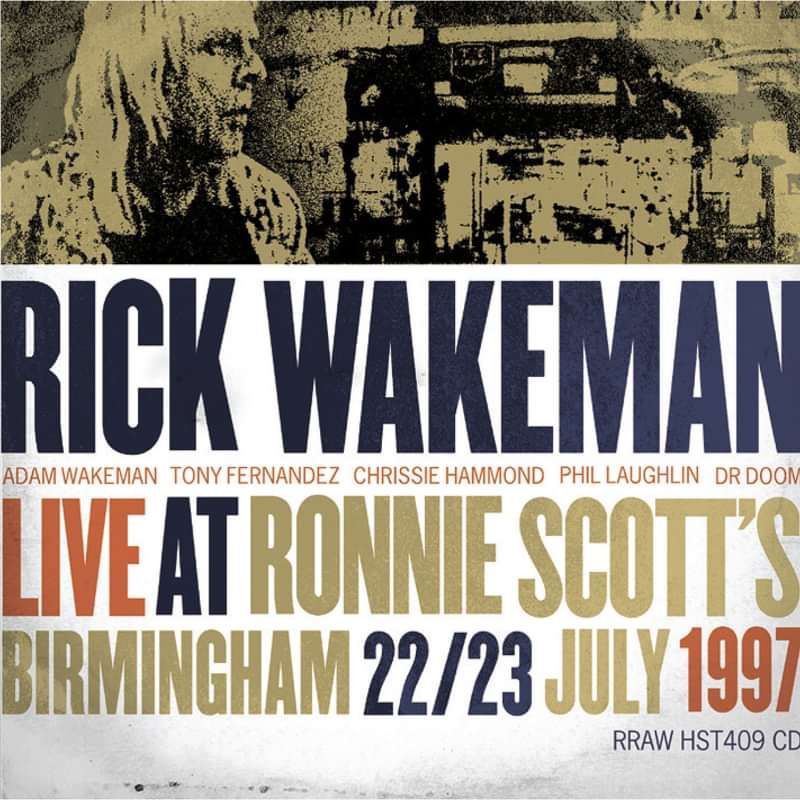 Rick Wakeman's interest in music began at an early age and it was originally thought that a career as a classical pianist lay in store for Rick and a spell at the Royal College Of Music would seem to support this theory. Unfortunately Rick preferred playing in bands and appearing on the lucrative session circuit than studying as a classical pianist and decided to leave the Royal College of Music or was perhaps gently pushed in that direction depending on whose story you believe. Whatever the facts one thing is certain Rick Wakeman was in heavy demand playing sessions for some of the biggest names in pop music at this time (Late sixties/early seventies) and as such played on many hit singles including records by Brotherhood Of Man, Cat Stevens, T.Rex and also played on the David Bowie single Space Oddity. Around this time Rick also decided to join the British folk rock band the Strawbs and it was with this band that Rick first caught the attention of the band with whom he is most closely associated...Yes. This classic recording shows Rick on stage at the legendary Ronnie Scott's jazz club.