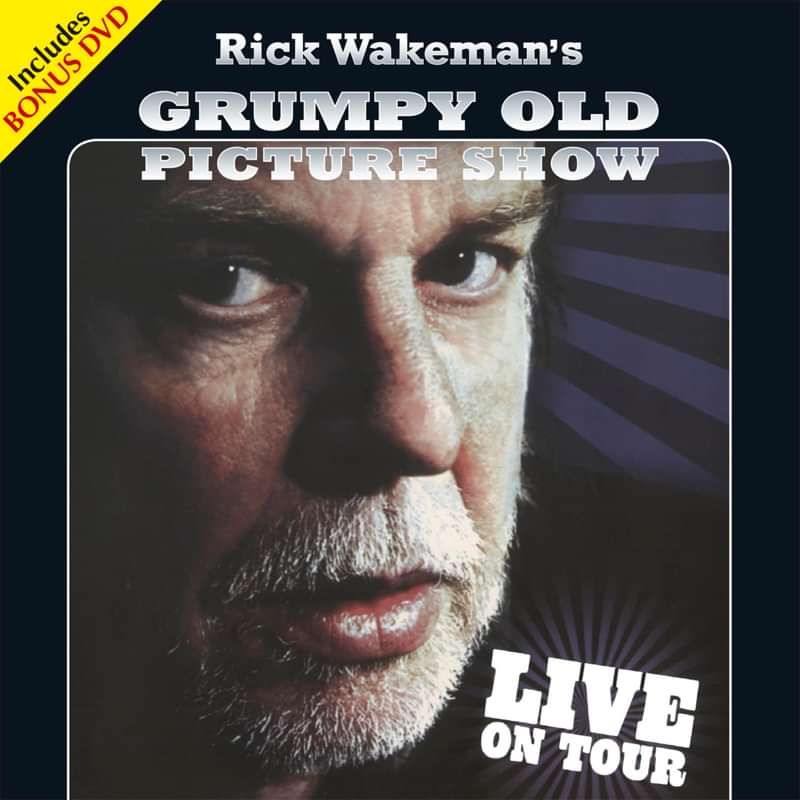 Rick Wakeman is one of the foremost keyboard players of his generation, and therefore needs no introduction to anyone reading this. He is best known for being in the progressive rock band Yes across five tenures between 1971 and 2004 and for his solo albums released in the 1970s. Wakeman's discography includes over 90 solo albums that range from several musical styles. He has made many television and radio appearances; in recent years he became known for his contributions to the BBC comedy series Grumpy Old Men and his radio show on Planet Rock that aired from 2005 to 2010. Wakeman has written three books; an autobiography and two memoirs.

This DVD sees him reprise his very popular role from the BBC Hit Series, 'Grumpy Old Men', in a hilarious one-man show. Take a front row seat as one of Rock's most legendary stars groans, moans and rants his way through the frustrations, irritations and issues with modern life. Delivered in side-splitting fashion, this hilarious one-man show also traces the extraordinary life, times, and escapades of Grumpy Old Wakeman, enhanced with rare photographs, music and previously unseen footage. The iconic rock legend identifies with the masses, as he moans and rants his way through the frustrations and irritations of modern life. Delivered in a highly amusing fashion, Wakeman creates a riotous pastiche of his extraordinary life and escapades, which every self-confessed 'grump' will chortle in relation to.