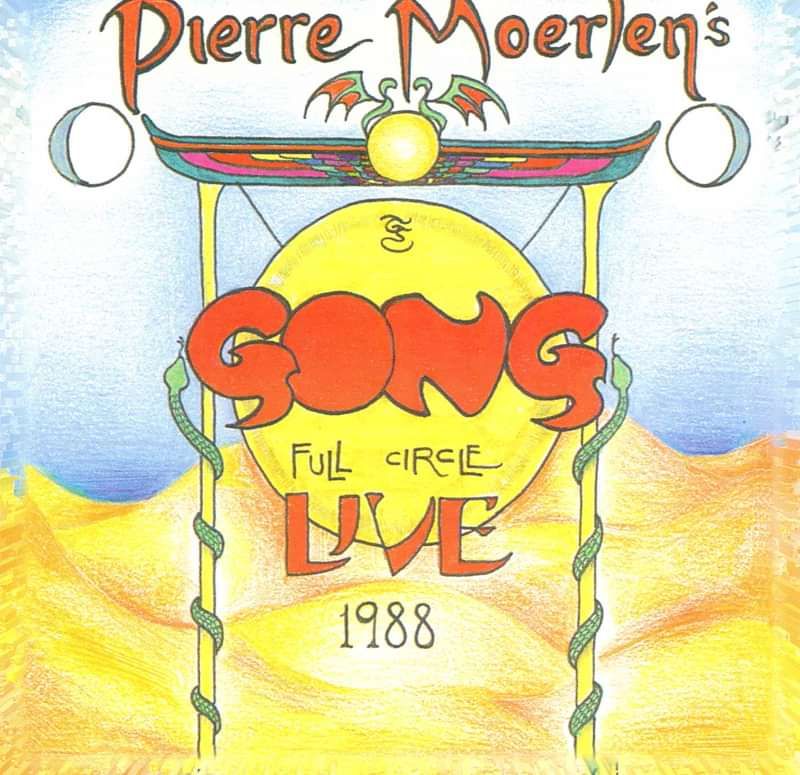 To say that Gong were a peculiar band would really be an understatement. They were originally founded in the late 1960s by ex-Soft Machine guitarist Daevid Allen, who was not allowed back into the Mother Country to re-join his Canterbury chums for various administrative reasons cited as ‘Visa irregularities.’ I have always suspected, however, that it was more to do with Daevid’s Situationist antics during the Paris Student protests of May 1968, which very nearly brought a successful revolution to Western Europe.

So Daevid went down to Deya in Majorca where he and partner Gilly Smyth began to assemble a loose-knit collection of musicians who began recording under the name Gong. One of these musicians was Didier Malherbe (latter dubbed Bloomdido Bad-De Grass by Daevid), a tremendously gifted saxophonist and flautist, who Daevid claimed to have found living in a cave on the estate of poet Robert Graves. The rest is history.

Daevid, both with and without various versions of Gong, has produced a peerless body of work encompassing folk, jazz, rock and prog (often all of these things and more at once), and his musicianship and compositional skills are legendary.

Put like that it all seems simple, but it was anything but. After releasing You (the third part of the Radio Gnome Invisible saga, and the least silly of the albums to date) Daevid left the band. Whether it was because of personal difficulties, musical differences, or – as he claimed to me many years ago – because one night an enormous psychic force-field prevented him going on stage, neither I nor anyone else who wasn’t there at the time will ever know.

Daevid went solo, and also teamed up with Here and Now as Planet Gong, and later with the band that would later become Material, as New York Gong. Eventually he would re-form Gong, but that would be many decades in the future. A few years later Gilli Smyth formed Mother Gong.

According to an unsourced quote in Wikipedia 'Allen delighted in this proliferation of groups and considered his role at this time to be that of an instigator, travelling around the world leaving active Gong-related bands in his wake.' There may not be a citation there, but that certainly sounds like the Daevid I used to know.

What of the rest of the band? Well, many people believed that the idea of Gong without Daevid was like the Rolling Stones without Keith Richards. However, they had already played a stint as Paragong in 1973 while Daevid Allen and Gilli Smyth took a 6-week break so they regrouped as Gong with guitarist Steve Hillage at the helm. The band recorded a new album but Hillage left before its release. Gilli Smyth and Tim Blake had left at around the same time as Daevid, so the rump of Gong now featuring Didier Malherbe aka Bloomdido Bad de Grasse, Mike Howlett on bass and noted French percussionist Piere Moerlen.

There has been some confusion about the exact order of events, as various internet sources contradict each other, but bass player Mike Howlett confirms: ''Pierre was already in the group and had played on the same albums as I did - Angel's Egg and You, which are also known as the classic Gong line-up. Pierre was also in the band and played on and wrote a couple of songs for Shama", where most of the material on your release was first recorded. The band known as Pierre Moerlen's Gong only existed after Didier left - I think it was 1978, but I had already left after touring the Shamal album, which is where your recording comes from.''