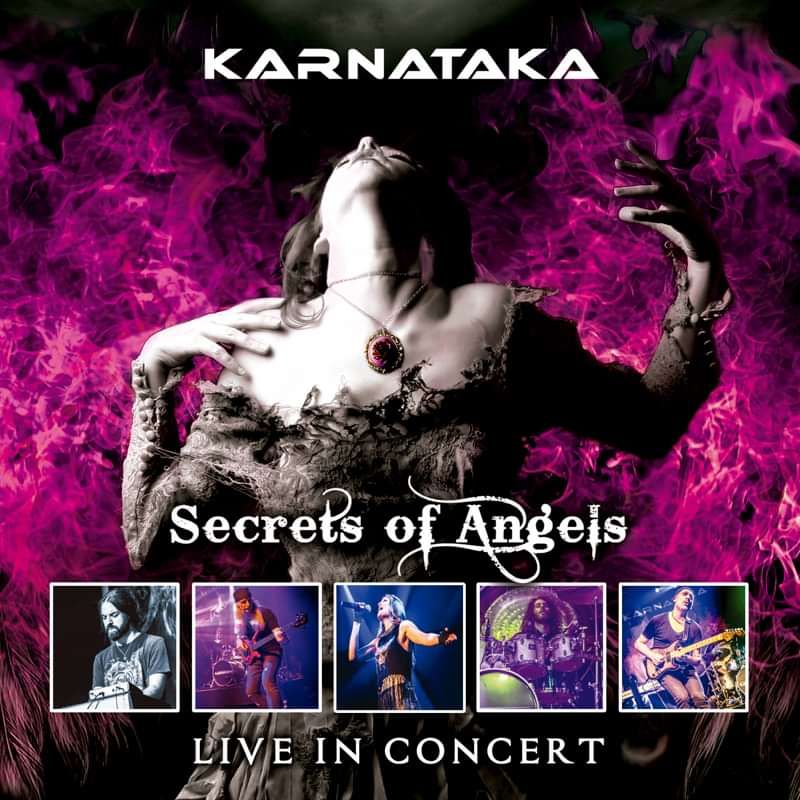 Karnataka are a Welsh progressive rock band that was formed in 1997 by bassist/guitarist Ian Jones, vocalist Rachel Jones and keyboardist Jonathan Edwards. The band very quickly built up a strong and staunch following. Over a period of twelve years, Karnataka has released a number of well-received albums including Karnataka, The Storm, Delicate Flame Of Desire and more recently, The Gathering Light. Despite undergoing a number of key line up changes, the band is still led by Ian Jones. Secrets of Angels is the new and hotly anticipated album from Karnataka. Featuring eight brand new tracks and showcasing a more dynamic and symphonic direction, the new album propels the band to powerful and majestic new highs. Recorded at Peter Gabriel’s Real World Studios and Quadra Studios in London the new album explores themes from despair, anguish and the futility of war to love across cultural divides and culminates in the 21-minute opus and epic title track, Secrets of Angels. When they took the album on tour, they recorded some of the shows, and believe me, this record shows Karnataka at their blistering best.