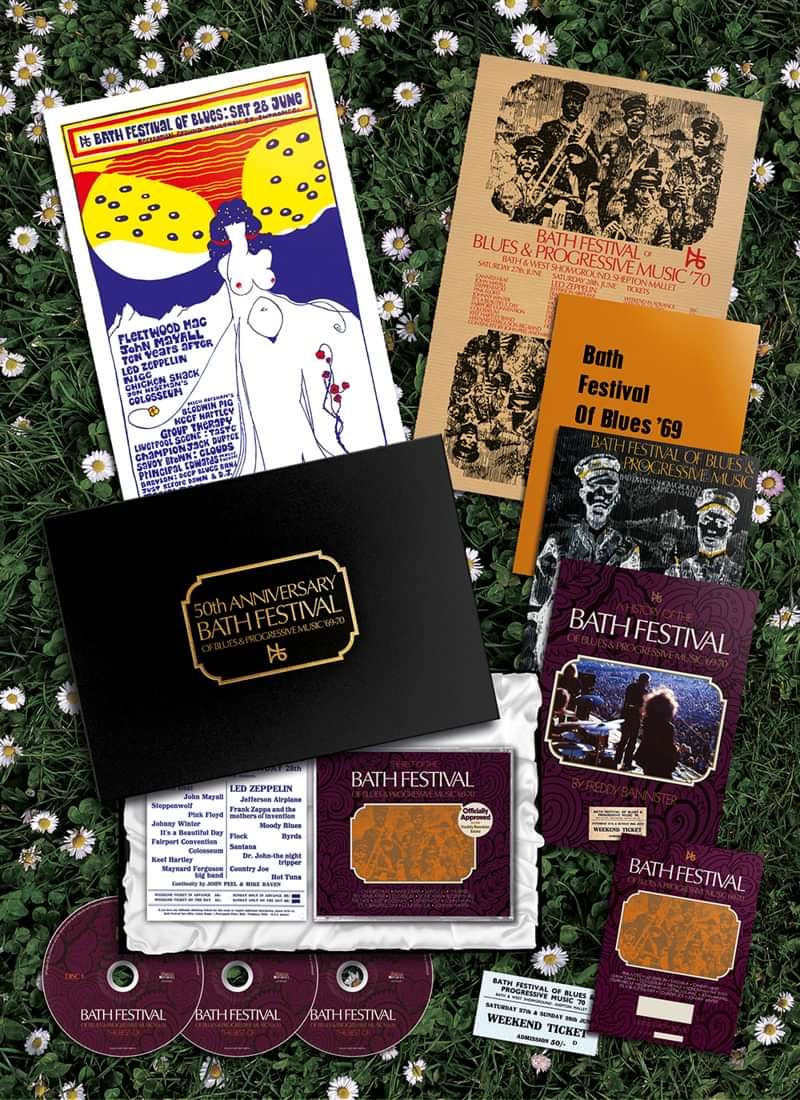 The Bath Festival of Blues and Progressive Music was a counterculture era music festival held at the Royal Bath and West Showground in Shepton Mallet, Somerset, England on 27–29 June 1970. Bands such as Pink Floyd and Led Zeppelin performed. The was the second Bath Festival of Blues and Progressive Music promoted by the Bannisters, the first held on 28th June 1969, which headlined Peter Greens Fleetwood Mac and featured soon the be Rock Gods, Led Zeppelin playing a mere one hour set in the mid of the afternoon set, along with - John Mayall, The Nice, Ten Years After, Colosseum, John Peel, Keef Hartley, Roy Harper. And the audience.

The 1970 festival started at midday on the 27th (a Saturday) and finished at about 6:30 am on Monday morning. A DJ played records for early arrivers from the Friday evening and continued to do so between many of the sets until the end. The festival featured a line-up of the top American West Coast and British bands of the day, including Santana, The Flock, Led Zeppelin (headlining act), Hot Tuna, Country Joe McDonald, Colosseum, Jefferson Airplane (set aborted), The Byrds (acoustic set), The Moody Blues (unable to play), Dr. John (acoustic set), Frank Zappa & The Mothers of Invention, Canned Heat, It's a Beautiful Day, Steppenwolf, Johnny Winter, John Mayall with Peter Green, Pink Floyd (premiering their new masterpiece, the yet to be named Atom Heart Mother Suite), Pentangle, Fairport Convention, Keef Hartley, and the Maynard Ferguson Big Band. This line-up was approaching the level of the more famous Isle of Wight Festival held in August of the same year. As it attracted less press coverage at the time and was a smaller affair, it has generally received less attention in the years since. The Bath Festival was the brainchild of promoter Freddy Bannister and his wife Wendy Bannister. The 1970 show attracted a significantly larger crowd of 150,000. Michael Eavis was attendant at the festival and was inspired to hold, later that year, the first event of what would become the Glastonbury Festival of Contemporary Performing Arts.