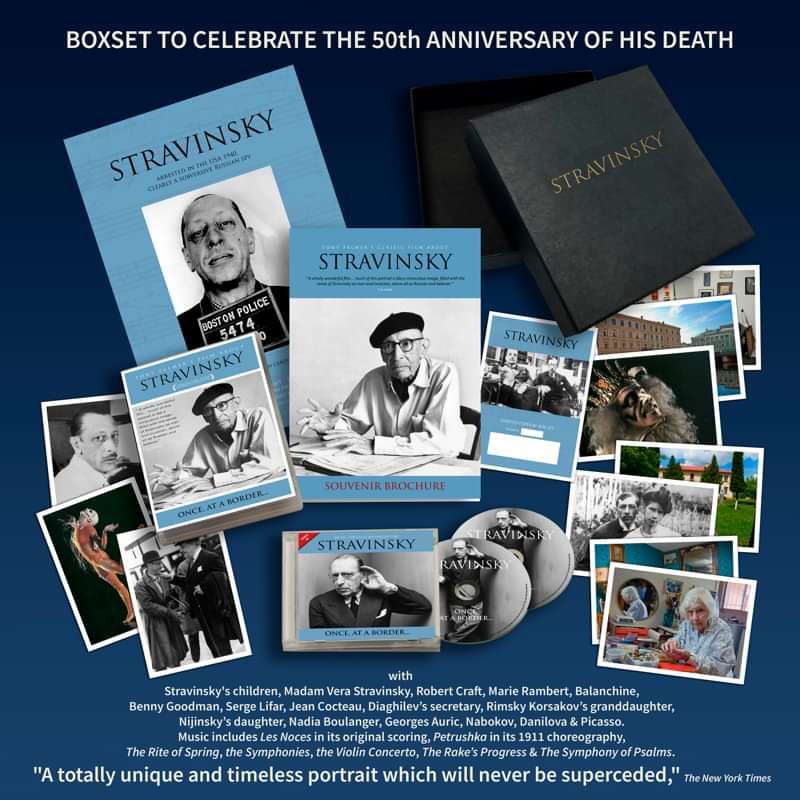 After Stravinsky died in 1971, his widow Vera and amanuensis Robert Craft asked me to make a documentary profile to mark the centenary of Stravinsky’s birth in St Petersburg in 1882. We were incredibly lucky: we managed to reach Stravinsky’s three surviving children, the last two dancers alive who had actually performed in the notorious première of The Rite of Spring, Balanchine, Serge Lifar, Diaghilev’s secretary, Nijinsky’s daughter, Nicolas Nabokov, Rimsky-Korsakov’s granddaughter, and of course Mrs Stravinsky herself. Most of these first-hand witnesses were dead within a very few years. We had got there just in time.

I was determined to record as much of his music as possible especially for the film, and this we did in Russia and London, a selection of which is included on these two CDs. Inevitably these are only extracts of complete works (and for the choral pieces, without the texts), all of which will, no doubt, offend the purists. Nonetheless, hearing Stravinsky’s music played full-blooded by a Russian orchestra is an experience I shall never forget, and this supplemented by the London Sinfonietta and Choir and the London Symphony Orchestra has provided, for me, some definitive performances of various key works. The glittering yet overwhelmingly sad interpretation of part of the Violin Concerto, for instance, makes nonsense of Stravinsky’s assertion that “Music can express nothing, only itself.” And to hear part of Les Noces in a version that Stravinsky had had to abandon because he could not find any cimbalom players is a revelation, truly, the sound of a Russian village band which is what he said he had wanted. Finally, a hair-raising and violent version of the Sacrificial Dance from The Rite of Spring. All of this, plus the voices of Théodore and Soulima, Stravinsky’s sons, plus his daughter Milène, Robert Craft, Balanchine, Cocteau, Madam Vera and Stravinsky himself - great music in some of the greatest performances you are ever likely to hear.