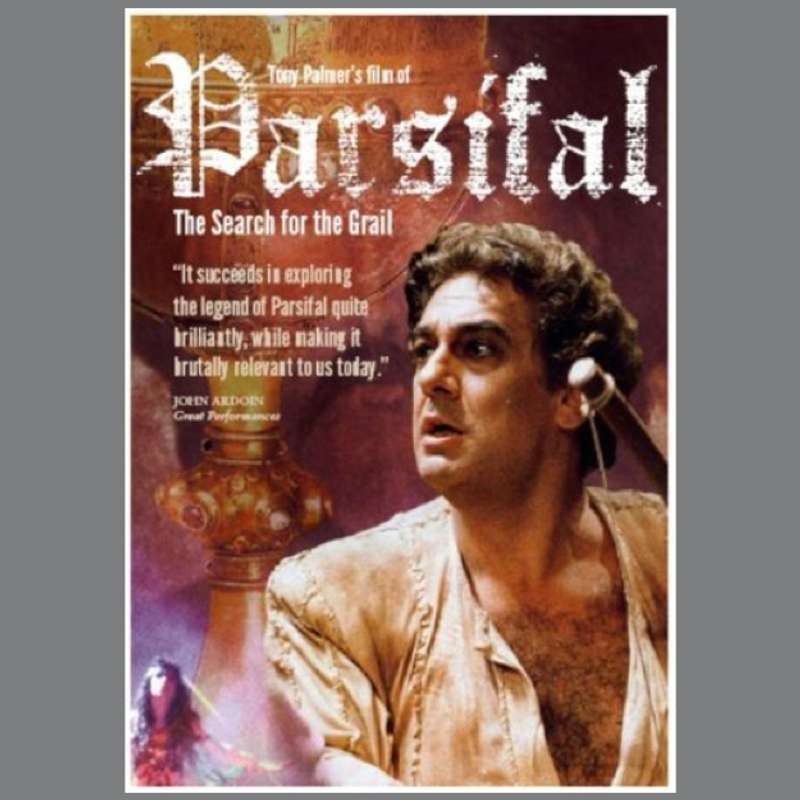 The Grail - the cup Jesus Christ is said to have used at The Last Supper - is one of the most powerful symbols in Western culture. Wagner's three-act opera, Parsifal, is the most famous work that celebrates the search for the Grail. Parsifal is an opera about ideas, about philosophical questions rather than answers, where the questions themselves are what is important, and the power and eloquence with which they are expressed.

With the help of Steven Spielberg his film Indiana Jones and the Last Crusade, Monty Python and the Holy Grail, Ingmar Bergman and The Seventh Seal, a rare interview with Wolfgang Wagner, Richard Wagner's grandson, who explains what his grandfather intended and why, plus an all-star cast including the first performance on film of Anna Netrebko, this documentary explores the explosive nature of Wagner's dangerous ideas.

Wagner was virulently anti-Semitic - to this day, it is not possible to perform Parsifal in Israel - and thus provided the Nazis with some powerful cultural propaganda, because for Hitler, Parsifal, the hero of the opera, was pure Aryan blood. When the film was originally released on DVD, the Germans censored 30 minutes of the film, which they considered ‘political', ‘uncomfortable' and ‘irrelevant'. This is the original version, uncensored, as approved by Domingo.

'It succeeds in exploring the legend of Parsifal quite brilliantly, while making it brutally relevant to us today.' JOHN ARDOIN Great Performances.