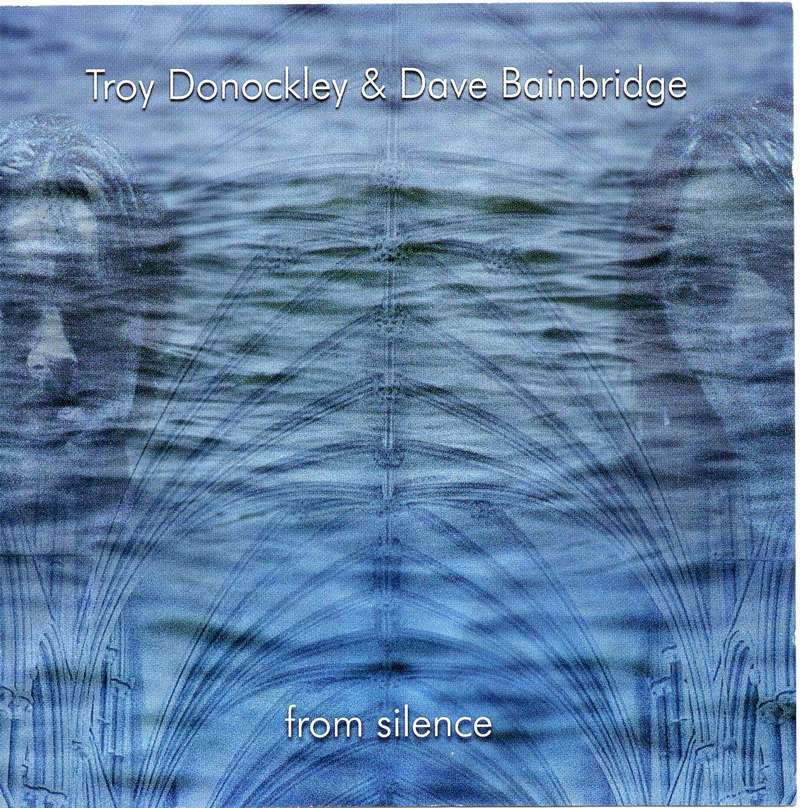 With singer Joanne Hogg's maternity leave in 2003, the time seemed right for Dave Bainbridge and Troy Donockley to finally test the waters beyond the shores of Iona. Beginning with a short series of live dates in the UK late that year, it soon became apparent that the collision of the traditional, the atmospheric and the epic was shaping into something new and exciting. The space allowed by the stripped down duo format suddenly gave room for these two musicians to experiment and improvise in a way not possible within the more tightly arranged band line up of Iona.

Soon Troy and Dave were putting together tracks for their first duo album When World's Collide, when work on the project was interrupted by an opportunity that seemed too good to pass over. The two musicians take up the story: "When Rob Ayling of Voiceprint called us with the idea of playing in Lincoln Cathedral we were both immediately enthusiastic about the sonic possibilities of performing in such a huge, reverberant space. And not just any space - but one contained in this most beautiful and ancient of buildings. With no music pre-prepared, just an idea of which instruments we might play, we decided from the outset to reverently seek our inspiration from our surroundings and the cathedral's acoustics, so that the music would, in some way become part of the building and aspire, for the seventy minutes or so that we played without a break, to something beyond ourselves."

With the tragic death in a car crash of Dave Williams, Troy's dear friend and pipe- and whistle-maker occurring only a week before the recording, the occasion took on an added poignancy. It became Troy's heartfelt tribute to his friend and a reminder of the thinness of the veil that separates us from the eternal. The event took place on the evening of 27th October 2004 and the unique atmosphere captured on the recording was certainly enhanced by the fact that the vast cathedral was empty save for the two musicians and the sound and film crew. Dave and Troy were both thrilled with the results of this recording, which is present to the listener (apart from a few short cuts due to a technical fault) exactly as it happened, with no repairs or overdubs interrupting their concentrated flow of ideas. Even Lincoln Cathedral clock makes a timely and atmospheric addition to one track!

The recording was literally 'choreographed' by Dallas Simpson who is an expert in a recording technique called binaural, which gives a fantastic sense of movement and involvement within a recording (particularly when listened to on headphones). Dallas was really excited with the prospect of recording Troy and Dave's music, which he thought was ideal to demonstrate the effectiveness and depth of binaural recording.

As the duo played, Dallas, wearing his binaural headset microphones (and some very warm-looking white woolly socks to minimise noise from the stone-flagged floor), choreographed his movements to the music, almost like a conductor following a score.

The resulting sound is very dynamic, with Dave's keyboards and electric guitar and bouzouki loops swirling around and sounding much more organic and alive than on a conventional recording. And as the perspective shifts around, Troy's pipes and whistles at once sound close and intimate, and then far away and distant, as though becoming part of the cathedral itself.