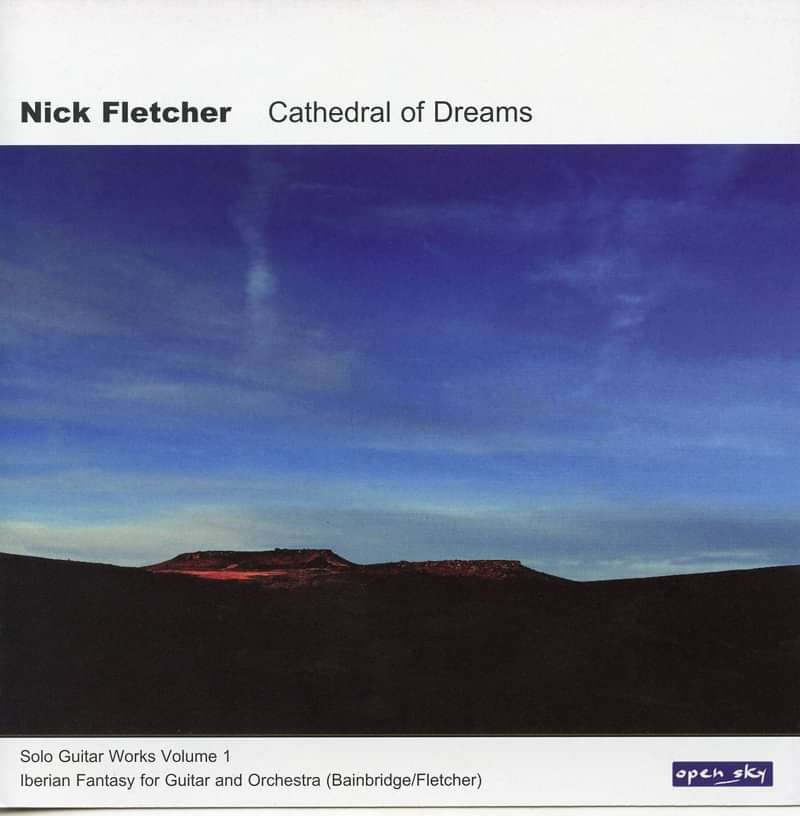 We would like to introduce you to the music of Nick Fletcher with this release on Open Sky Records. Nick is an incredibly talented guitarist, improviser and composer of music for solo guitar and we are thrilled to have this release included in the Open Sky/Voiceprint catalogue. As well as being the first CD release of Nick's own solo guitar compositions, the album will be of huge interest to fans of Iona as it features Nick playing Iberian Fantasy, a 24-minute-long guitar concerto co-written and orchestrated by Iona's Dave Bainbridge and Nick himself. Those of you who bought our Songs for Luca 2 double CD release will already have heard Nick's beautiful playing on two tracks on that album - Silver Moon and Red Sun. This recording is a first volume of contemporary classical guitar music written, improvised and performed by Nick. The music spans a wide range of influences from the Baroque era to Iberian, Argentine and Brazilian dance forms. Also included are rhythms from Eastern Europe and traditional music from the Hebridean Isles. The CD also features Iberian Fantasy a four movement suite for guitar and orchestra written in collaboration with Dave Bainbridge.