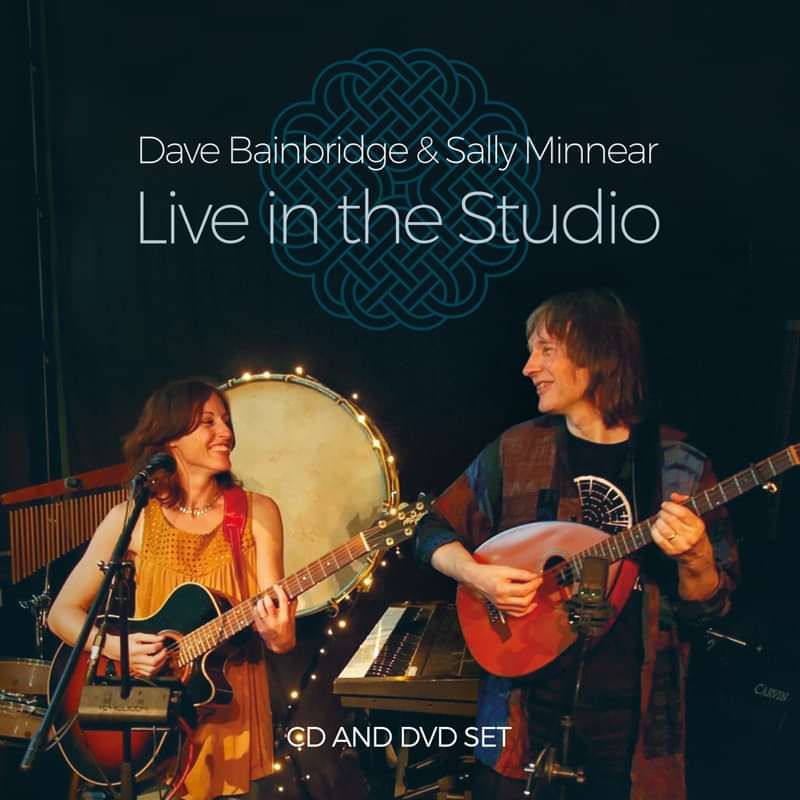 This record demonstrates the range and diversity of music that Dave & Sally perform at their always well received concerts. Featuring the duo's arrangements of music from Dave's previous band Iona, his solo albums and several traditional Irish folk pieces, filmed, recorded and mixed at Dave's Open Sky Studio. DVD Extras include Dave & Sally 'In Conversation', plus some live footage from their concert at The Lantern Theatre, Sheffield in March 2018.

"Dave Bainbridge, Thank YOU! ..it was a stupendous evening. Absolutely brilliant and beautiful performance. Sally's singing is incredible, we loved every minute! Everybody go and see this duo, they are something very special indeed, we can't wait to have them back." -Debs Earl (promoter - www.folkinthebarn.co.uk )

"I'm not sure I have the words to say how much I enjoyed every moment from 3pm to pack down - Sally (what a voice!) and Dave were a joy to work with and absolutely fantastic throughout. As for the gig one word - Brilliant!!!!!!!!!!" -Steve (promoter)

"Great Dave Bainbridge and Sally Minnear gig last night in Farncombe performing a mix of Iona, Dave solo and some traditional arrangements. Two amazingly talented musicians! I can't think of too many musicians who are both virtuoso guitarists and pianists but Dave excels on each and not forgetting his pretty mean bouzouki playing! I'm sure Dave could turn his hand to stand up comedy too - some very funny introductions last night! Beautiful vocals too from Sally. If you get the chance to catch them live then grab it. ))" -Ian Jones (Karnataka)