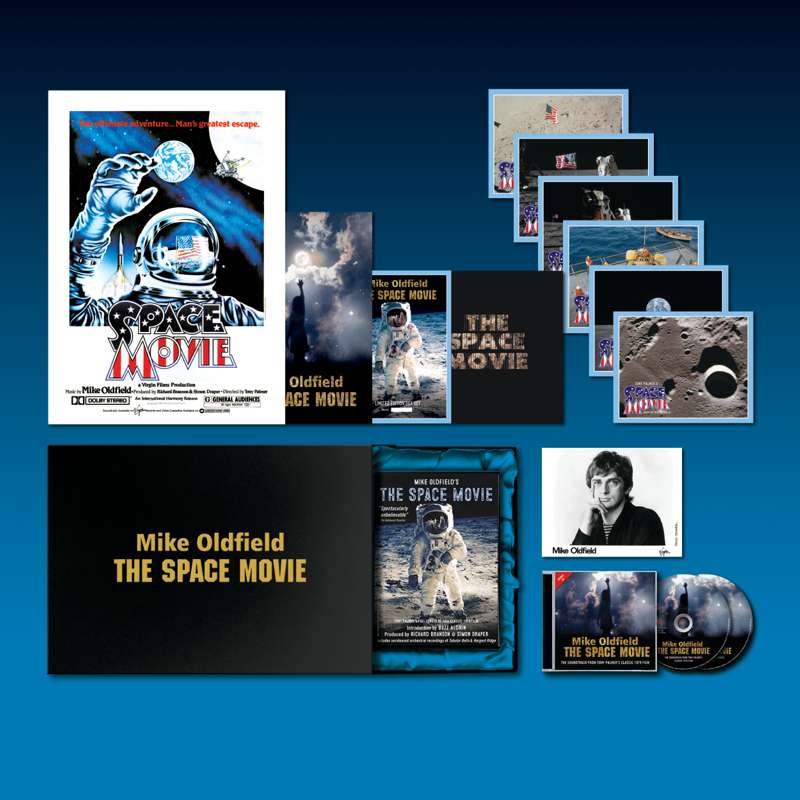 The invitation to make the film came out of the clear blue sky from NASA in January 1978. I had no idea why they had asked me. All I was told was that they needed a film to mark the 10th Anniversary of the first landing on the moon, July 21st 1969. I was invited to Washington and shown the mountain of film NASA had collected from the very beginnings with John Glenn, the first astronaut to orbit the earth in February 1962, until Apollo 17 December 1972. Use whatever I wanted, I was told. This, plus all the talk-back between ground control in Houston and the various space missions, I realised was a treasure house.

Ringing in my ears, for instance, was President Johnson’s speech immediately before Apollo XI, addressed to the commander Neil Armstrong, his co-pilot Buzz Aldrin and Capsule commander Michael Collins, as they set off, not only to the Moon, but to immortality. Johnson had said: “I had a memorandum a short time ago from the man who handled the Washington-Moscow hotline. And I thought you would be interested in a portion of that memorandum to the President. We asked them if they would be interested in being informed of the development of the Apollo programme. And the hotline personnel in Moscow responded enthusiastically and asked us to keep them posted. And here at the hotline in Washington, we relayed information in regard to the most important aspects of your flight. The Soviets were very solicitous about the welfare of you astronauts and expressed their great interest in the successive flights. Nearly five centuries ago, we heard stories of the new world for the first time. There is just no other comparison that we can make that’s equal to what we feel.”

And so, in the winter of 1978, the coldest winter on record, my trusted researcher Annunziata Asquith was despatched to Washington and began to systematically comb through the hours of material put at my disposal and make notes of what I might need. She and I soon realised that very little, if any, of this spectacular visual material had ever been seen before. The chit-chat between the astronauts and ground control was beyond priceless. Here are a few examples:

Meanwhile, back in London, Richard Branson kept asking me if I could think of a film project which might interest his principal client, Mike Oldfield. As I was the only person to have successfully filmed the notoriously prickly Mike (for Episode 17 of All You Need Is Love) at Kington in Herefordshire, overlooking Hergest Ridge, Richard thought I had the best chance of emerging relatively unscathed from such a project. My admiration for Mike’s genius was unbounded, a fact which for him was irrelevant – he was not susceptible to flattery of any kind!

I suggested to Richard that this NASA film might be the answer, and in April 1978 I was sent to Mike’s new house at Throughan Slad in Gloucestershire to discuss what might be possible. In spite of Mike being at his most confrontational, he seemed intrigued by the idea and said he would begin work as soon as I sent him some of the material, which I did soon thereafter. I figured that a year would give him sufficient time to compose a soundtrack to end all soundtracks. Meantime, I reported back to NASA that Mike Oldfield had agreed to write the music for the film. They were overjoyed.

Much later I realised why the invitation had come to me. One of the NASA hierarchy had seen at least part of my history of American popular music All You Need Is Love, and had calculated that to have a film using their hitherto unseen and extraordinary footage accompanied by some modern rock ‘n’ roll and/or pop music might get the message through to as wide an audience as possible. Whether they had imagined The Beatles or Jimi Hendrix singing Fly Me To The Moon, I have no idea. But what they got was Mike Oldfield. And once Mike Oldfield was on board, Richard Branson and his cousin Simon Draper immediately said they would part finance the film on behalf of their new company, Virgin Films.

As time passed and with the 10th anniversary date getting ever closer, I was repeatedly assured both by Mike and Richard Branson that everything down in Gloucestershire was “going well.” But eventually, knowing that I had to deliver the finished film in time for its UK and US television transmissions, I insisted on hearing the music track, or at least the work in progress, and was duly invited again to Throughan Slad. Mike seemed genuinely pleased to see me and took me to his studio to hear the results of his labours. He played me about seven minutes of music and asked if I approved. Of course, I said. And the remaining 80 minutes? Oh, I haven’t done that yet, he said.

It had taken him six months to write those seven minutes, and wonderful though they were, they were clearly not enough, and here I was, two months from the deadline, with a BIG problem. Time to have another talk to Richard Branson. As always, Richard had a solution.

Part of the delay in Mike finishing my soundtrack, he explained, was that he had wanted to finish what was to be his next LP (as they were in those days), provisionally entitled Incantations. That too was unfinished, but Richard thought he could persuade Mike to let me use what I needed, even though the final mix of the album was far from complete. In addition, Richard had recordings of the orchestral versions of both Tubular Bells and Hergest Ridge (Mike’s first two albums) which at that time had never been officially released, quite simply because Mike did not care for them. Leave it with me, said Richard with his customary unstoppable bonhomie. And that is how I finally ‘constructed’ the music soundtrack for the film. I’ve always assumed Mike approved, since we have remained friends until today, quite an achievement I’m told as far as Mike is concerned. In fact, his album of Incantations was eventually released before our film was finished. And although I think he would not forgive me for saying so, I think the ‘mix’ we used was occasionally rather better.

His ‘re-edited’ music track for the film, however, is remarkable, perfect in every way – evocative, powerful, an inspiring match for the images. And I’m sure it is that, plus of course the astonishing NASA footage and the sound of the astronauts chatting away in space. Virgin Films may have long gone, but together these elements made and make the film what it is - something rather special.